Changing with the times is not just normal, it is essential – ‘change is the only constant’ and all that.

Popular culture probably best exemplifies that in terms of content and execution. Our movies have kept pace with the times – the themes, production values, music, lyrics, costumes stay contemporary whichever the decade. Oscar Wilde said in 1889 that ‘life imitates art far more than art imitates life’. While some say reverse is true, I for one believe that art (especially popular cinema) influences life, at least in India. Take our weddings for example – don’t we see a distinct Bollywoodification of it all around, especially when it comes to costumes? Even traditional South Indian weddings have a touch of a Hindi movie in them, not to mention the inclusion of paneer butter masala in their menu.

While I am all for change, some aspects (supposedly a reflection of today’s times) of our cinema, have made me uncomfortable: excessive violence, objectification of women (through ‘item songs’ and such), liberal use of cuss words, sleaze and skin show are some of them. Call me prude but hearing the f-word or the common Hindi abuse referring to sisters in a YouTube video is a bit unnerving for me. Even more so when the said video is sponsored by a respectable, familiar brand in the cosmetics space . Sometimes, brands use certain lingo to connect with the youth – an audience which almost all brands want to target or appeal to. So we end up with expressions like ‘F#@ked up’ in the description of a video – hey look, how cool is that, yo? Speaking your lingo and ‘connecting’ with you and all, ya.

Less said about our commercial cinema the better. I believe there is no concept of self-regulation in Hindi cinema and they have an ‘anything goes’ attitude, constantly pushing the boundaries with innuendo, objectification of women, sleaze and skin show. Sometimes I cannot believe the kind of videos that get on the home page of YouTube. I am told that all this is simply a reflection of liberal media and maybe a minority feels that this is detrimental to society in the long run. I am in that minority.

Whenever I have expressed my shock over some of the lewd stuff on Hindi cinema which makes its way to YouTube or the TV screens, I have been countered with the ‘don’t watch it’, ‘you are not the target audience‘ or ‘regulate what kids watch’ retort. Herewith my thoughts on this and brand associations with such content on media:

There is no denying that our films have a profound reach and impact. The dialogues, costumes, messaging make their way into popular culture cutting across age groups. No wonder, at social functions, we have 4-5 year olds dancing to some vulgar song (not knowing what it means of course) with their parents cheering them on. The ‘parent – regulate thyself and thy children’ is good advice but not practical. Only a small section of the society – the educated, aware kind with access to other forms of entertainment for the child can practice it. For the rest, cinema is by far the most popular form of entertainment and it is all pervasive. Naturally, ‘sheela ki jawani’ becomes the anthem song in family functions and social gatherings. Small town India, is the most affected, in my view.

Speaking of small town India, many Indians are accessing the net for the first time on their mobile. They have not experienced email or may not know what a website is. But they see a lewd Hindi film song video (most likely objectifying a woman) either on WhatsApp or YouTube. Can you imagine the profound impact on their minds and their perspective on women? In sections of our society, such impactful exposure – a heady mix of audio visual content where objectification of women, lewd songs and cuss words are common, has a detrimental effect in the long run. I feel it impacts young impressionable minds and their world view in a negative way… it manifests in atrocities against women. Now, do brands want to be associated with such? I don’t recall talking-head TV studio experts speaking about the role of movies in shaping young impressionable minds about their perception of women. Whenever such debates arise in media, the FoE, creative expression argument is put forth along with ‘don’t watch it if you don’t like it’. Unfortunately, one cannot regulate all the media consumption moments of young impressionable minds. There are double standards on display when the same group of talking heads condemn atrocities on women, without owning up to the negative role played by popular cinema. Ironically, a music company which made millions thanks to ‘Jai mata di‘ cassette tapes decades ago is at the forefront of such lewd cinema which rake up millions of views of their trailers on YouTube.

I agree that parents have a role to play in regulating what kids watch on telly or the usage of media devices like phones & tablets. I have seen 12-13 year olds spend a lot of time on YouTube on their tablets, searching for Hindi film songs. One might question the parents’ wisdom in allowing such access but then it seems to be the norm. Tablets and phones have replaced the ‘TV as babysitter’ habit in parents. Even toddlers are kept busy with Candy Crush in social functions. But it is the pre-teens and teens  who are most vulnerable to content from ‘liberal’ media. When not signed in on YouTube, what shows up as popular videos is definitely not suitable for young children. While made-for-online consumption, short films with all its ‘bench$#*ds’ dialogue and ‘F#@ked up’ descriptions, may be targeted at young adults they are within the purview of a much younger age group. It is near impossible to regulate age-appropriate content on the net, especially YouTube. You may say that in urban areas, 15-18 year olds already use cuss words in their everyday parlance, so what’s the big deal? Do we want them to continue doing so? Do we want others who have been out of such influence to do so? And should brands be associated with such content? I for one, feel uncomfortable about it.

A member of a comedy group made jokes about child abuse in some tweets a couple of years ago. I was livid when I heard about such tweets. Maybe the person who tweeted those apologised for them – I don’t know. I also realise people make mistakes and change for the better. But I cannot erase the feeling of anger and disgust those tweets evoked in me. A show created by that comedy group is sponsored by an auto major, part of a respected conglomerate. I for one, find the association jarring, disturbing and out of sync. Brands want to get associated with edgy content in order to imbue a cool quotient to their brand. But there is a risk involved, especially if the content is distasteful for many and has a potential negative impact on the minds of people. 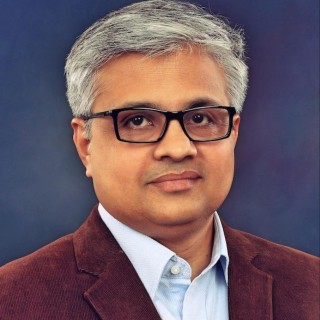