What appealed to me about this ambient idea was its simplicity. Arby’s, a fast food chain in Atlanta was known for it’s baseline: ‘I’m thinking Arby’s’ and their TV ads had the Arby’s hat (the logo) appearing on people’s heads. The baseline allowed for this simple ambient idea. Fletcher Martin, their agency placed large helium balloons with the Arby’s logo near other billboards that prominently featured people’s faces. The stunt gave the illusion the people on the billboard were ‘Thinking Arby’s’. 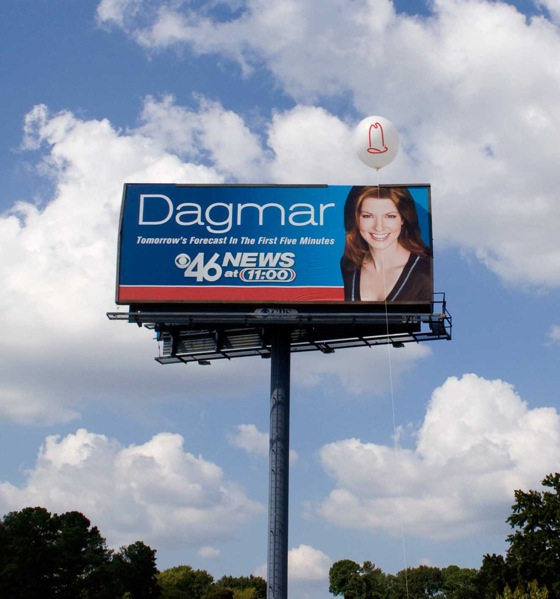 The debate seems to be about the appropriateness of this stunt. Is it cheap? Is it hijacking someone else’s media space? I think not. Meant purely as a short-term stunt that attracts buzz, this one gets the job done. Apparently the stunt made it to the local news (you know, the likes of KRAP-TV that every town seems to have in the US). And then there are blogs talking about it. What more could an ambient idea ask for?