I am not a regular visitor of The White House’s official site, but it was cool to see a refreshed site almost immediately after President Obama’s inauguration. 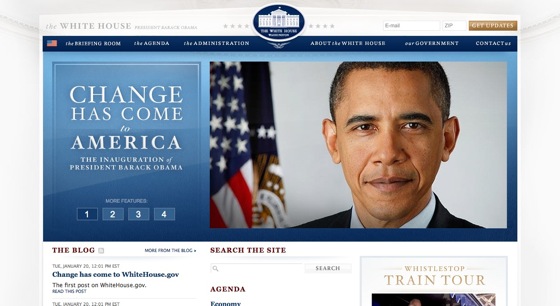 I missed the live telecast of the speech (written by a 27-year old) and read it up on the net later. Awesome stuff. The Director of New Media for the White House (great to hear such initiatives) outlines three priorities for the effort: communication, transparency and participation. A nice continuation of the effort from the campaigning days – on technology and new media to engage his audience.

Good to see the likes of L K Advani being excited by the idea of using the internet as a platform of political communication. You can check out his blog here.