Maybe its the Bingo effect, but have you noticed that of late, virtually all the leading brands in the snacking category have resorted to over-the-top humour in their advertising? Kurkure had its ‘Kya family hai?!’ number earlier – fun stuff that brought a smile on your face; Lays had relatively sober stuff like ‘What’s the program?. Now be it Parle’s Musst Bites, the new ‘Tedha hai par mera hai’ stuff from Kurkure or the Balsamic Blast stuff from Kurkure its all about bizarre, exaggerated humour. 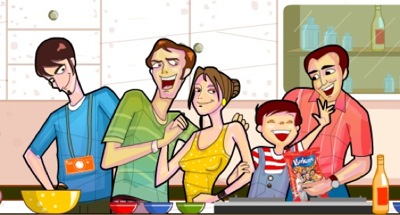 A particularly annoying one is the one with an old man in a wheel chair, who falls for a ‘flower’ – a sexy tomato vendor. The connect? It is for Kurkure’s naughty tomato flavour. The cacophony gets louder with the Balsamic Blast stuff, which I had written about earlier. Also, why do the characters have to be so loud and ham their way through the commercial?

Speaking of snacks advertising, check out Cheetos’ recent effort: they had equally bizarre advertising and an online effort, called Orange Underground (don’t bother visiting if you are on low speed networks) to boot. I guess not very different from the Indian counterpart. Given the stakes for market shares we can expect more such high decibel, eye-popping, ear-splitting advertising in this category.