There are several subscription based websites that showcase the best of global print, TV and Outdoor ads. Best Ads on TV is one of them and I recently discovered their video podcast. Sure, the content over there is already available on the web, but the video podcast does two things: increases the probability of viewing the content (because it is available offline on iTunes and on the iPod, if its transferred), increases the viewership base by sharing playlists and a demonstrates that they ‘get’ the new web by using technology to their advantage. Which set me thinking about the poor use of such simple technologies among Indian advertising agencies and media houses. I had whined about it in the context of blogs earlier too.

Agencies and media houses take pride in using the latest technology – it could be about using Microsoft Exchange or Office 2007, the latest equipment for post production, the latest print production techniques and so on. We also keep hearing about agencies setting up specialist design units, mobile technology units and digital units. It is meant to be a sign of ‘keeping up with the times’ and demonstrating to the client that they have the pulse of the consumer. 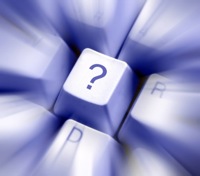 But look around for updated agency websites, blogs or YouTube Channels (in the Indian context) and you will notice that very few agencies use these well for themselves. Even the approach to a basic agency website can be different, as demonstrated by Modernista. A YouTube channel for example, would be a great way to showcase an agency’s work in the television medium. A blog would be a great way to express the agency’s view on topics related to the business. And they know it does not take much of an effort or money to get these going. Among the Indian agencies, Mudra has a YouTube Channel, iContract has a blog and a handful of the top agencies have updated websites. See here and here for a global list of agency blogs.

Media houses are adapting faster to the digital age but even they are way behind their international counterparts. Even traditional mainline dailies have adapted to the interactive media in a big way abroad. The New York Times, is a great example – it’s collaboration with LnkedIn, the blogs on various topics, video and audio podcasts, Twitter updates – are all tools they have embraced very well. In India, the media houses have upped the action with the launch of mobile specific sites (LiveMint, TOI, Moneycontrol, IBN etc.) and blogs. But a lot more could be done. I am quite fascinated with the content of US TV stations like CBS and ABS and their video podcasts of the Nightly News and 60 Minutes are a great way to catch up on the news at your own pace. It doesn’t take rocket science for someone like CNN-IBN or Times Now to launch video podcasts. Maybe its the perception that iTunes and the iPod are not as ubiquitous in India as in the US.

When it comes to agencies, I guess this attitude is a function of chasing the client needs and not having the resources to execute self-promotion techniques using technology. The time tested press release, TV interviews and presence on the web through articles is working fine for all of us. But given that embracing new ways will boost the agency perception among clients, prospects and potential employees it is puzzling to see this trend not catching up here. Any thoughts on why this is so?