A friend of mine, Siddartha Banerjee has created his 2nd iPhone app (MeterDown being the first), called the Sari App. So, that’s one more to the 400,000+ apps on the iPhone platform, you say? Yes, its a lot more than that. 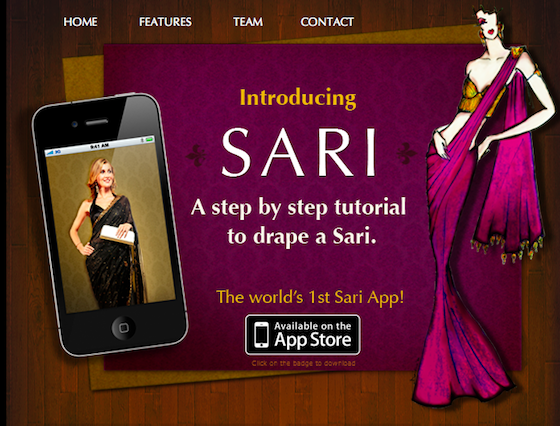 Apps like these go a long way in strengthening the lure of the iOS platform both for end-users and developers. While there are several jokes about ‘There’s an App for that’ (which Apple has trade marked by the way!) the sheer breadth and width of apps – from the useful to the bizarre – available on the iOS platform makes it difficult for competition to match. From Snow Reports to Children’s stories to Bird Watching, there is an app for that.

The Sari App fits in well with most of the successful utility apps – it is global in terms of appeal, has repeat value and can be a ‘must-hav-app’ for many. Personally speaking,  the fact that such apps go through the Apple approval system and free of malware is a hug plus too.

Another interesting aspect of the app is that its been created by a true Apple evangelist. The developer was my colleague – working as copywriter in an ad agency many years ago. His passion for all things Apple didn’t just stop at buying and recommending Apple products – but training (self-taught, I believe) to become an iPhone Developer. That’s amazing. Speaks volumes about the passion brand Apple evokes, not just among geeks.

The Apple-iOS-Developer-Consumer chain is made stronger with the success of such apps.