Let’s face it – celebrity gossip sells. We all love following celebrity news even if it is about the most mundane details. That’s the reason why celebrities like Kim Kardashian and shows like Big Brother & Big Boss have a huge following. Tabloid magazines, gossip sites, Page 3 section of leading news dailies thrive on this need for us to follow the lives of celebrities. No wonder we know more about their lives than some of the more pressing issues around us. That’s the insight behind this pro bono work for WoodGreen Community Services, one of the largest social service agencies in Toronto, Canada. ‘What if we cared about those living in poverty as much as we care about celebrities?’ asks their new campaign.

I found the print ad layouts particularly appealing as they resemble the content of many celebrity oriented gossip mags like People, Hello, OK etc. 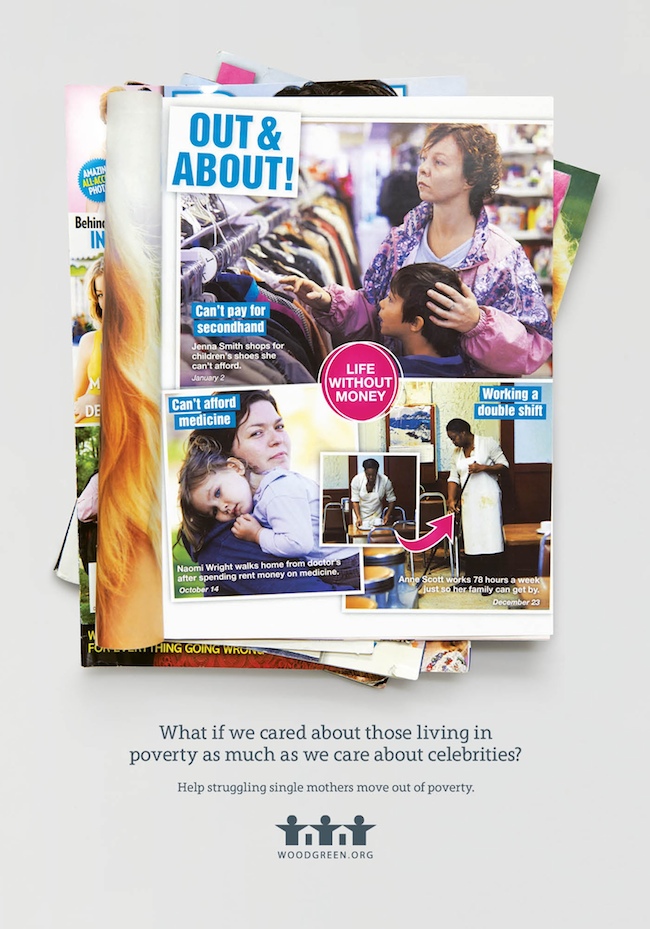 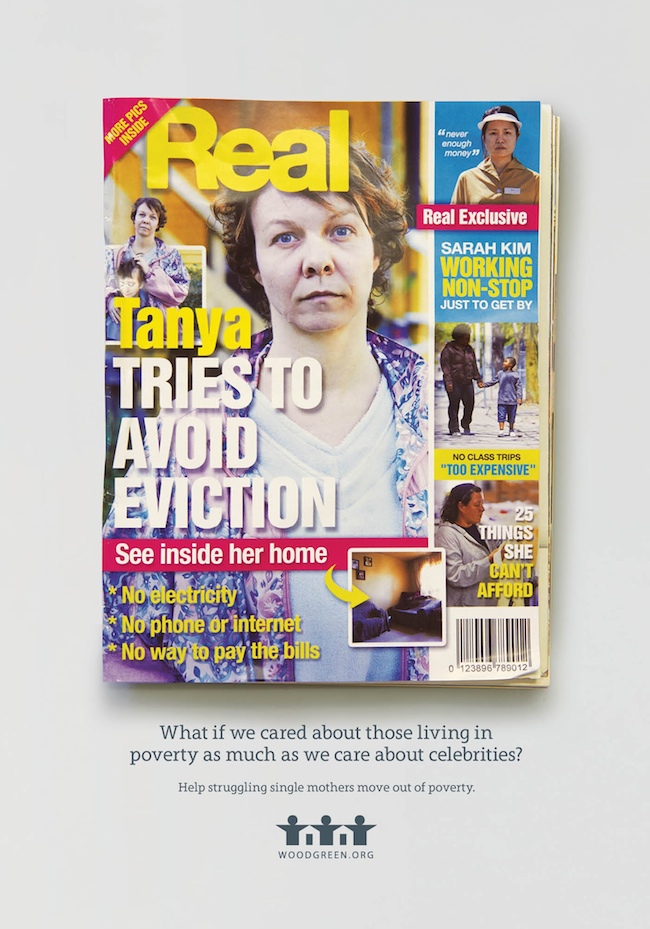 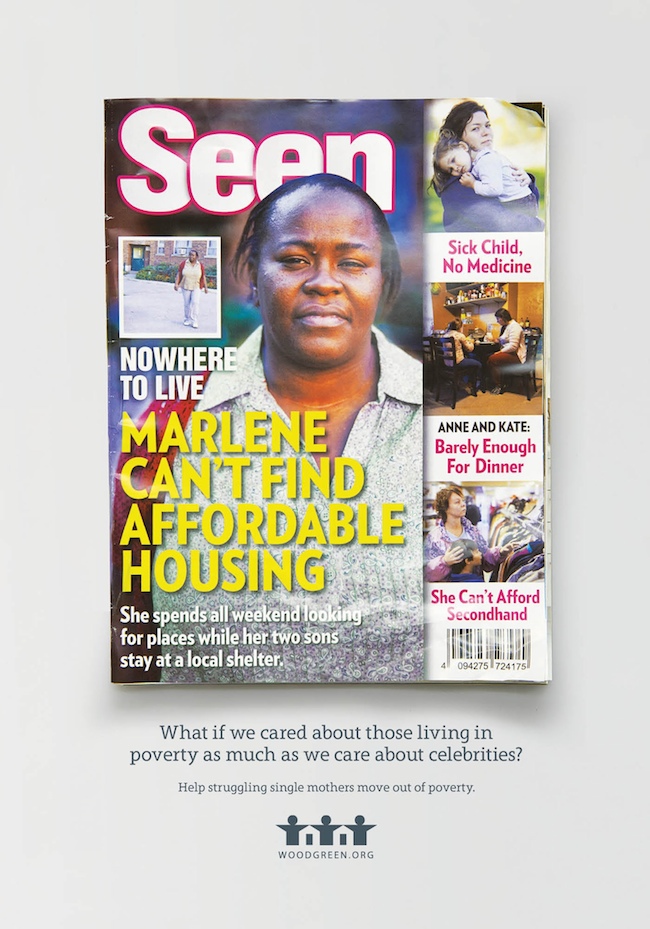 The team has not attempted to make fun of our habit of being obsessed with celebrity lives. I think its an impossible task for an ad campaign to change that habit. So the ads merely prod us to re-think and spare a little bit of time for the needy instead of reprimanding an age old, ingrained habit. And that actually works – because deep down we know that being obsessed with the smallest details of a celebrity life is unhealthy and some time can be spared for the needy.