I have to grudgingly admire the Times of India for creating the Teach India idea. I have been uncomfortable with the PR-giri that the group indulges. It could be promotion of their own group companies in TOI – nothing wrong with creating synergies between two properties, but most often they go overboard. And marketing initiatives bordering on gimmicks adds a touch of frivolousness to the brand. 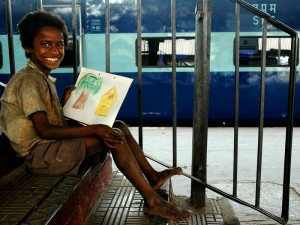 Anyway, the Lead India initiative is about TOI being the facilitator in bringing people who want to teach underprivileged children and NGOs. Essentially, if you have the desire to teach, they will put you in touch underprivileged who want to learn. Several NGOs and corporates have signed up as partners. Volunteers will be trained by the NGOs and have to commit 2-3 hours a day for teaching post that. The program lasts for 3 months and apparently TOI has already received over 10,000 volunteers.

I think this will have a far greater impact than Lead India (sorry, but one is forced to compare). I have always believed that educating the girl child is the only way to lessen the evils of society. This provides an opportunity for guys like me to commit 2-3 hours a day for a good cause. I am on.