Call it intriguing, weird, clever, creative – the Never Hide campaign idea for Ray-Ban has generated a lot of buzz for the brand.  It also upped the brand’s ‘cool quotient’ which is so essential for fashion brands. I must admit that some of the earlier print campaigns were a bit puzzling…confusing even. The most effective among the lot for me were the videos uploaded on YouTube (Agency: Cutwater) which went hugely viral.

Ray-Ban has now launched a global campaign to mark its 75th Anniversary. 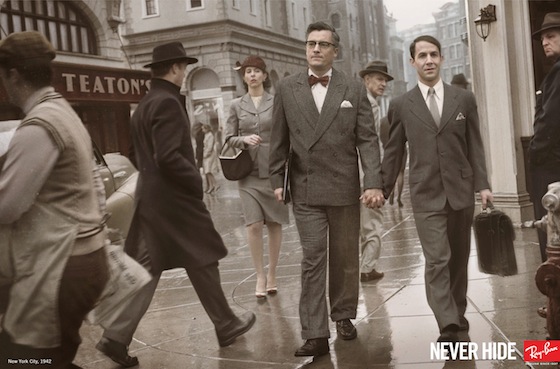 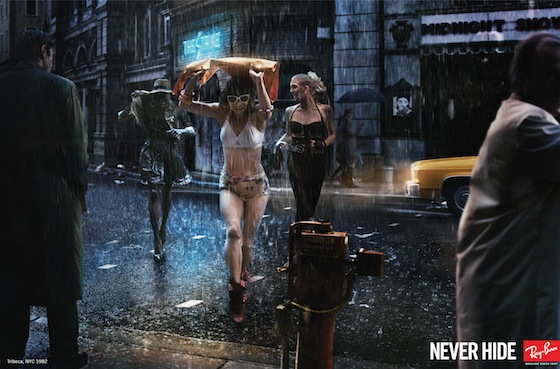 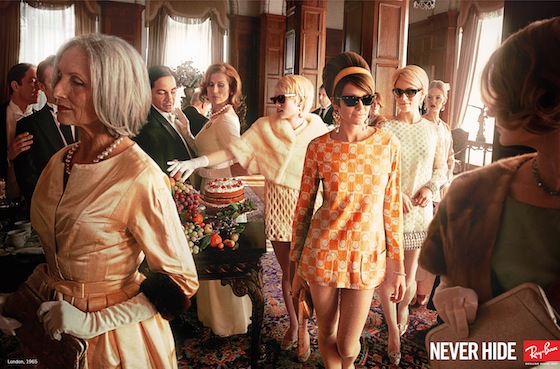 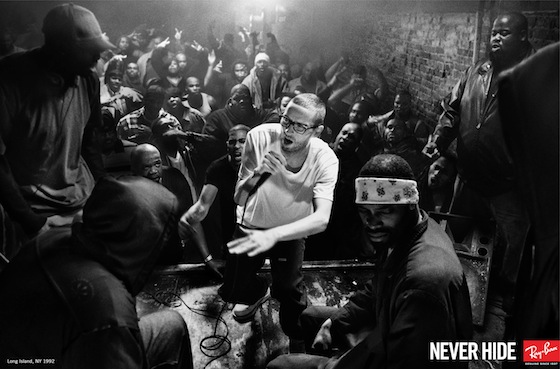 Every ad has a small legend indicating the time and place of the event. I guess these are relatively simpler to comprehend, given the telegraphic nature of the visuals’. Not as edgy as Diesel (Be Stupid) perhaps but gets the point across. By the way, what’s with these French agencies, fashion brands and controversial campaigns?