Across most advertising categories, the winners in the ‘Outdoor’ or ‘Billboards’ category are not the traditional vinyl posters. What constitutes outdoor has undergone a dramatic change over the years with virtually any out-of-home installation becoming a billboard opportunity. Many of them feature interactive elements in a digital medium or use technology of some sorts.

At the recently announced LIA Awards, the much celebrated outdoor campaign for British Airways, “Magic of Flying” won the Grand LIA.

Rest of the winners at the LIA Awards too are no different. Sample these:

This is a bit of the classic old-world usage of traditional media. According to the case study: ‘supermarkets Carulla needed to communicate in a different way and with a very limited budget, that several of their stores have 24 hour service. In Bogotá, most businesses close at 8:00 pm, so this service is very useful for both actual customers and prospects (HIC), who work late and have little time for shopping and buying groceries. Ogilvy and Mather Bogota, Carulla´s advertising agency, identified an advertising space that had never been used before to speak directly to Carulla´s potential customers. At the exact moment, they were told that they can find what they are looking for when they need it‘.

US Open: Kings and Queens of the Court

The case study blurb over at the Leo Burnett website says: Invoking the power of the theater of the streets, the latest work from Leo Burnett Toronto included some eye-catching murals (made entirely out of tennis balls, mind you) with razor-sharp copy encouraging viewership for the US Open on TSN (the official broadcaster of the tournament in Canada). A staggering 15,000 tennis balls were used in the installation. 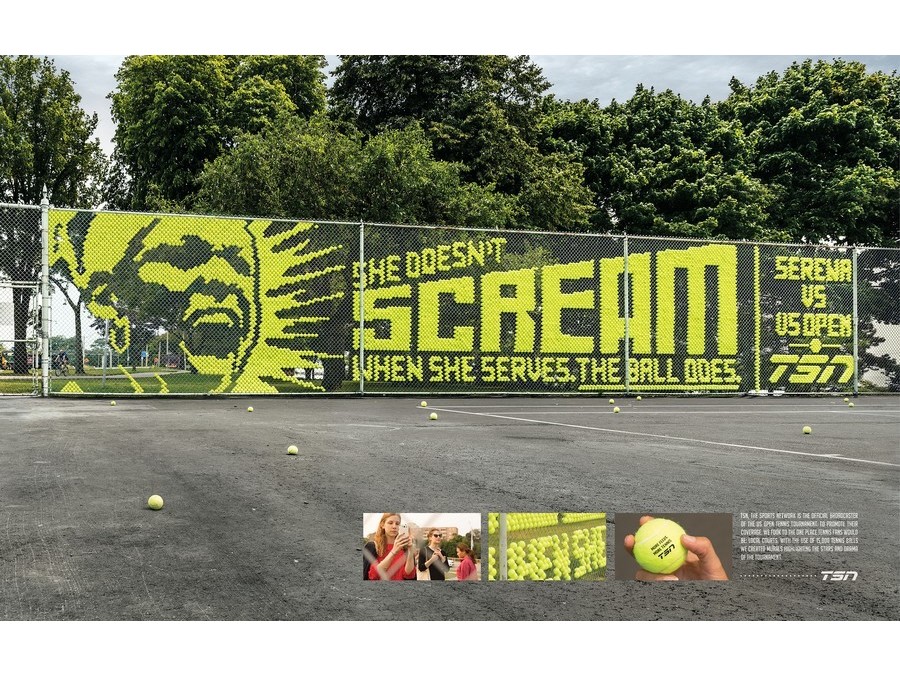 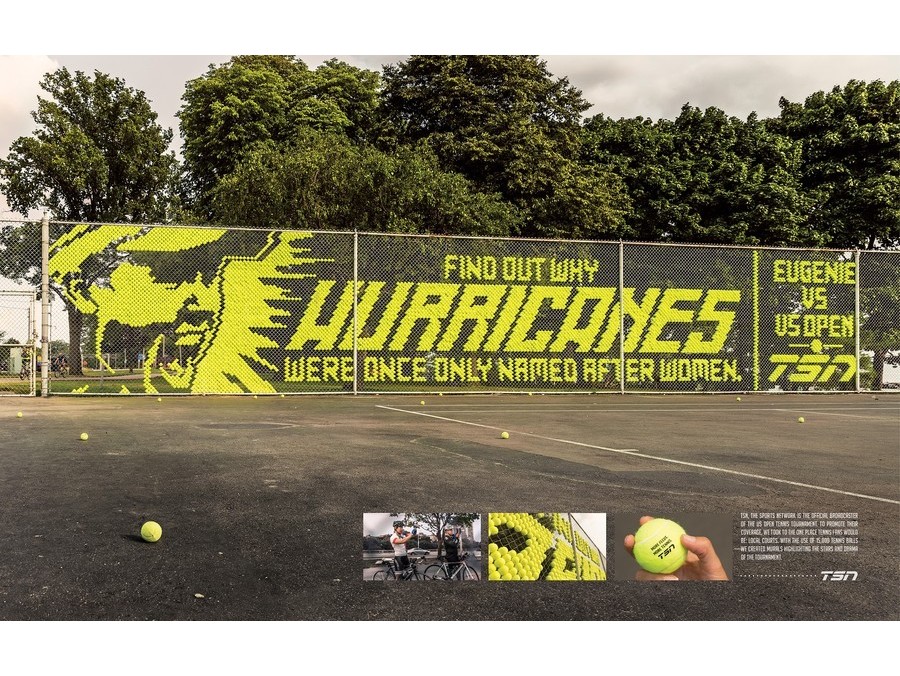 Despite all the interactive elements, digital this and interactive that, I love these traditional copy driven hoardings. You?