This is a guest post by Anand Narasimha. Anand is Dean & Professor of Marketing at IFIM Business School, Bangalore. With over 25 years of experience in Brand Marketing, Advertising and Consulting, he describes himself as a ‘Brand Mentor’. He can be reached at anand.n@ifimbschool.com.

Here’s a point to ponder. What motivates and unites people more: fighting for a cause or against an idea? History provides us the answer.

During the French Revolution the oppressed bourgeois’ united against a common enemy- the feudal and exploitative French monarchy and sent them to the guillotine. Soon after, once the enemy was dead, they were plagued with infighting and rivalry.

The Allied Forces were united and driven against Nazi Germany, symbolized by Adolf Hitler. Even the capitalist and communist blocks came together, to demolish their common enemy. But once, the Third Reich fell, the communist and capitalist blocks were polarized, leading to the Cold War. Ironically, Hitler, a master of propaganda himself, identified an enemy in the Jewish community, as a threat to pure Aryan supremacy.

More recently, Anna Hazare’s Lokpal agitation was named ‘India Against Corruption’ (and not ‘For an honest India’).

So, fighting against an enemy generates a more powerful emotional response, than just supporting a cause, which tends to be more of a reason led route. As the saying goes, “Reasons lead to conclusions, emotion leads to action.”

Battle for the consumer’s mind

In the world of branding too, we have stories of brands that have actually gone beyond product propositions, to define an ‘enemy’ (a belief, convention or behavior in society & culture). These brands have taken a ‘stand’ against their enemy to connect with and unite their consumers, through an emotional turbo-charge.

When Steve Jobs launched the Apple Macintosh in 1984, the enemy was: ‘People have to be computer-literate.’ The stand the brand took: ‘Computers have to be people-literate’.

This idea has driven the design of Apple products ever since. 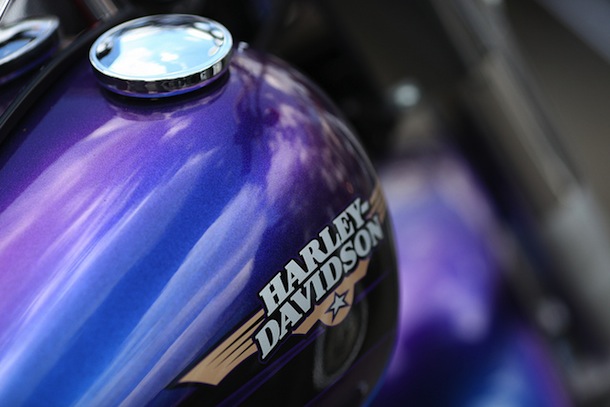 Contrast this with Coke and Pepsi treating each other as the enemy and setting off the Cola Wars.

More recently, Diesel, an irreverent brand that drives counter-culture came up with this. It took a bold stance in its campaign ‘Be Stupid’, against the trend of ‘an over smart society that creates a safe, formula driven world which inhibits risk taking.’ As an extension of the campaign, it created a ‘Facepark’ in Berlin, a real world spoof on Facebook, where people gathered to mock the overdose of virtual social networking.

A new battle cry for brands

Whether the brands we have discussed, embarked on these strategies by default or by design may be debatable, but it leads us to a new ideology for brands.

In a world of growing parity, where product performance is becoming table stakes, brands need to go beyond just talking about themselves, to propagating a larger worldview.
With consumers becoming smarter, cynical and information rich, Branding needs to evolve from the conventional ‘points-of-difference’ (POD) to a ‘point-of-view’ (POV) approach.

In their brand planning process, the folks at Ogilvy call this the ‘Big Ideal’ (as against the conventional ‘Big Idea’). For TANG, the juice concentrate brand targeted at kids, Ogilvy created a powerful Brand Ideal, ‘Long Live Kids!’ This came about by taking a stand against the enemy- ‘society is pressurizing kids to become grown up too soon and behave like adults’.

In this context, I have developed what I call the ‘Enemy-Stand-Mantra’ construct. Here’s a look at the construct:

Brands are going beyond just promoting themselves, to promoting a larger world view. They do this by:

Let us look at examples of how the points-of-view of some brands fit into this construct:

It is both important and interesting to note that the ‘Mantras’ of these brands are derived from their product functionality. For example: Tata Tea’s functional benefit is ‘Refreshing’, which fits in with ‘Awakening’. Similarly, Dove’s ‘1/4 moisturizer beauty care’ seamlessly flows into ‘Real Beauty’.

Here’s some food for thought. While discussing this construct in my Marketing Communications class, I gave my students an assignment to work out the ‘Enemy-Stand-Mantra’ for this campaign of Idea Cellular.

While in the examples discussed, the ‘Enemy-Stand-Mantra’ construct has been retrofitted to demonstrate the concept, it is a useful tool to work out the ‘big ideal’ for your brand.

While working on a female deodorant brand in India, we used this construct to good effect and timed the campaign to break on ‘Valentine’s Day’ across television and social media: