Advertising exaggerates. That’s something we’ve come to accept. No one is likely to believe that a face wash brand will help in acing an interview or chewing a strong flavoured gum will actually spike your hair. There is ‘willing suspension of disbelief’ when it comes to most of the advertising – people know that they exaggerate only to drive home a point. Very often, such ideas are appreciated for their creativity.

So why are we upset about the claims of Airtel 4G in advertising?

– other categories attempt to ‘quantify’ too (get fair in 15 days, visibly whiter teeth in 10 days variety) but we don’t take them seriously. We group them in the ‘advertising exaggeration’ basket

@bhatnaturally we tolerate exaggeration in products that are used only occasionally. Telecom is a utility like water or gas

I am an Airtel 4G customer and have experienced really fast speeds on its network during its launch period. As usual, adding on more customers to it service has really brought down the speeds. It is a joke to call it 4G anymore. 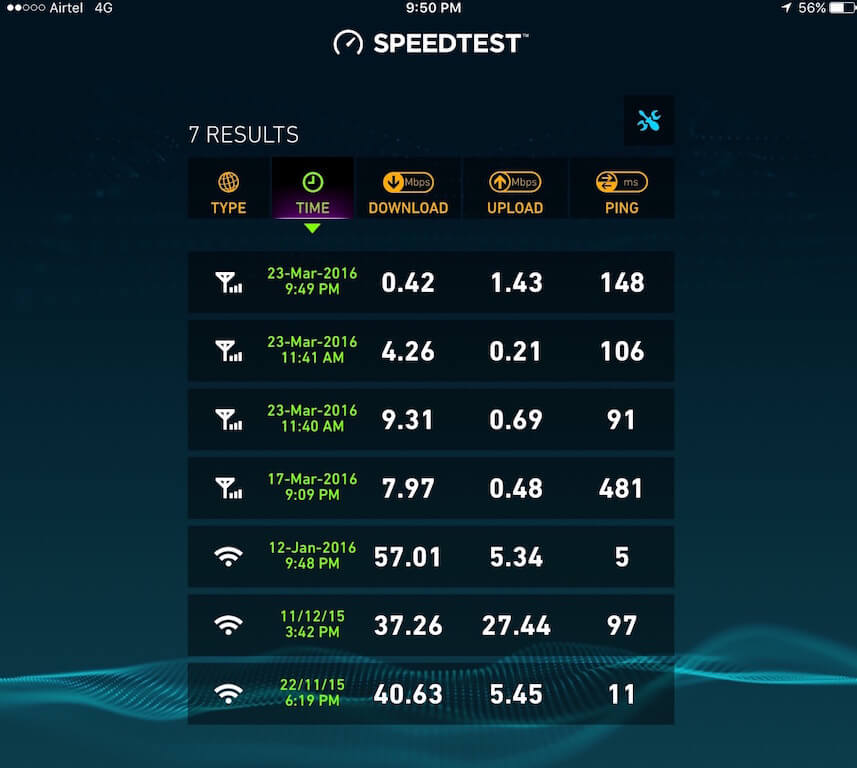 But Airtel 4G gets away with its brazenness because:

– customers are enslaved to the brand: switching service providers is a chore with many irritants
– TINA factor: ‘all service providers’ are the same perception
– vague claims of ‘blazing’ speed without committing to a guaranteed number. When I tagged ASCI about the Airtel advertising I was asked what specifically I found objectionable in their claims

@bhatnaturally What is your objection ? @airtelindia @Airtel_Presence

– even if an advertising body gets them to drop the ads, the window to blast away their advertising message is quite long

It is a pity because the agency smartly turned the backlash about the earlier set of ads on its head in a self-deprecating tone. But sadly, the product does not live up to the claim. As for me, I am hopeful of experiencing better speeds with Reliance Jio (which has a problem of another kind – high expectations). And I will switch even if it means jumping through several hoops.