Every day we come across hundreds of commercial messages. Only a few of them are memorable. Here are a few which caught my eye the week ending 27th Oct, 2017.

It is often said in advertising that featuring pets and babies is a sure shot way to get your ad notices. Some may say that it is a lazy option, but if you are a pet food brand like Whiskas there is no option but to show pets. However, it isn’t just about stringing together cute visuals of cats – there needs to be an idea. And the Kat Institute of Technology – a send up of the tech industry – is just that. The ads have some great writing and lavish production values which make for compelling viewing.

Mobile games are commonly played in moments when we seek me-time or as an activity to kill time, while waiting for some other event. Such moments could happen any time of the day. In that context, a new campaign for Slotomania – a slot action game is fun. A day has 1440 minutes and so they created Why It’s Okay to Play, which has 1,440 minute-long videos that run in sync with local times. The ads justify why it is OK to play Slotomania t that precise local time, throwing up fun facts (‘the moon is at its highest point at 1:57am’, ‘Sharks are most active at 7:11am’) about them.

Apparently, 73 offices of FCB were roped in for the campaign which is based on an universal insight: people tend to feel a bit guilty when playing a mobile game while taking me-time,” says FCB Happiness creative chief Geoffrey Hantson. “They think it might be perceived as unproductive, compared to reading a book or going for a walk. So, we decided to take on that feeling of guilt head on.”

See all the videos here.

‘Wonderful Everyday’ has been an ongoing campaign from IKEA in UK. The latest in the series celebrates the little things in a normal day. It’s a feel good film with quirky visual effects and leaves you all smiles.

‘When you are hungry, you are not yourself’ is not only a great tag line but a great campaign idea based on a great insight. The idea has been used cleverly across TV spots, outdoor ideas, on Twitter and more. Each of those ideas brought alive the platform’s unique characteristics to weave in the brand idea – which is about ‘acting out of character’. The latest one from the brand is just brilliant – getting a TV channel to change its programming style.

To mark it’s 100th year in Canada, Harley-Davidson asked Canadians to host riders from around the world. That in itself is a brilliant idea as it strengthens the cult following of the brand. While there is long format film of the activity, here’s an episode about Vasanth from India and his host, Daniel.

The campaign also some gorgeous posters: 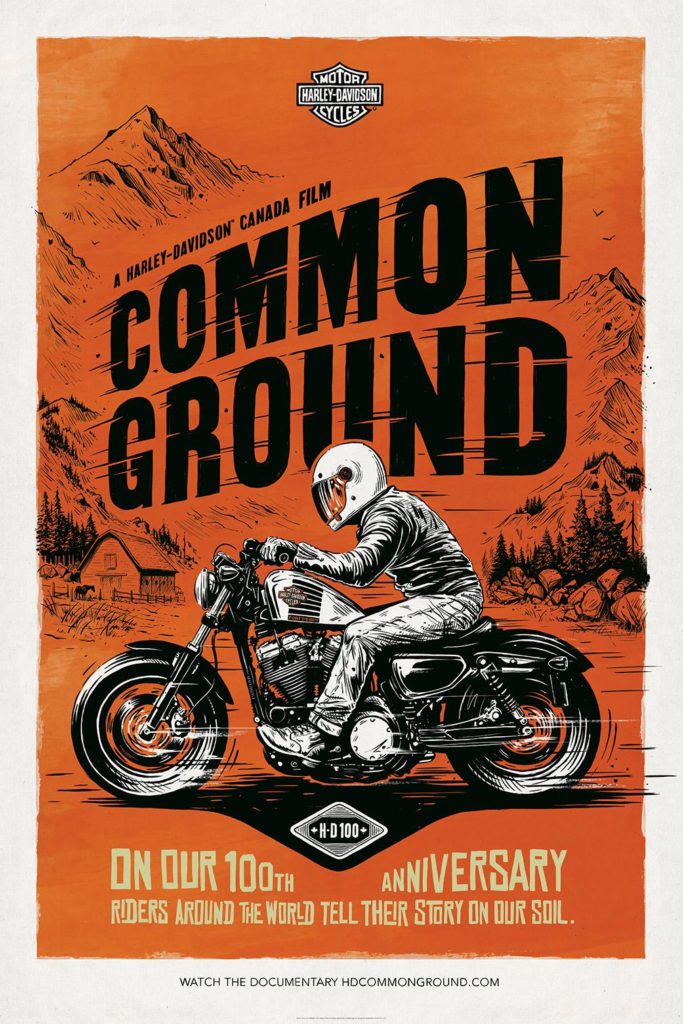